In this post I am going to look at all the different types of budgies (budgerigars) that one can get. I originally thought that you only got normal pet budgies and show budgies, but it looks as though I was wrong! There are so many different and pretty color combinations too.

The budgerigar (Melopsittacus Erithacus) is the most popular type of pet bird in the world.

These attractive little Australian Parakeets were first brought to Europe during the 1840s. Before the end of the century they were being bred on a tremendous scale.

Part of the reason that budgies are so popular is their friendly nature, coupled with their powers of mimicry.

These small parakeets are champion chatterboxes in the avian world and some have been known to build up vocabularies of 500 words or more which is more than most members of the parrot family except for the African Grey Parrot.

Their calls are not loud unlike the bigger parrots and budgies are not very destructive by nature so they are easy to house.

They are also hardy little birds and provided that they have a dry and well-lit shelter where they can retreat when the weather is bad, they do not require artificial lighting. 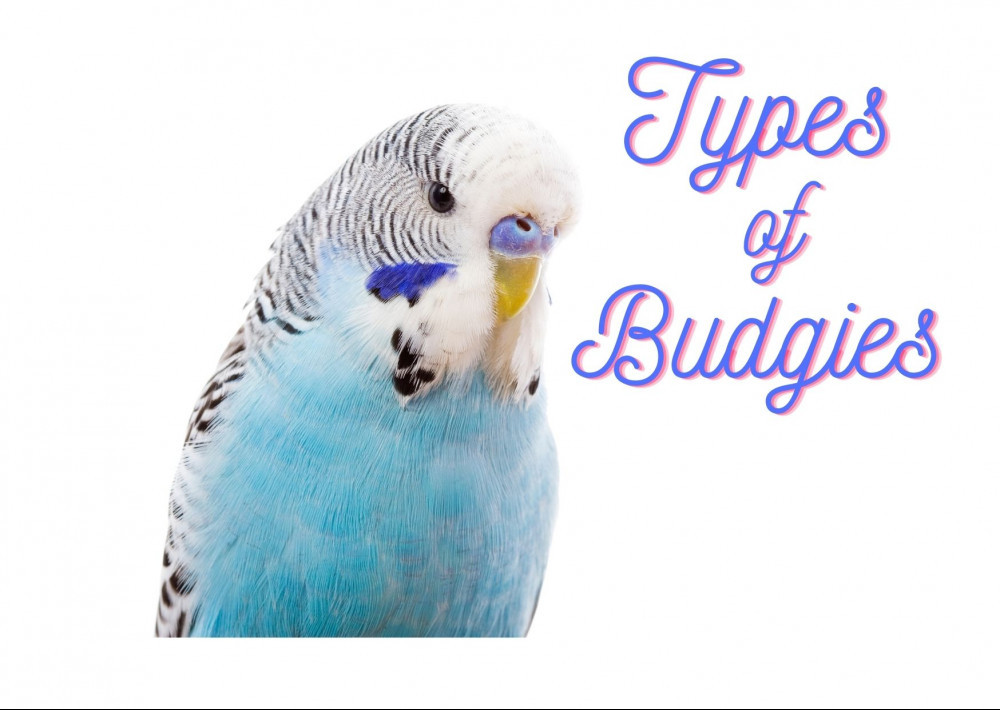 One of the reasons that budgies are so popular is because there are so many color mutations that have been developed. There are millions of possible combinations if you look at all the colors, markings and crested forms which now exist. This fact makes them popular exhibition birds and they are often bred especially for that purpose.

Budgerigars are judged by set standards and exhibition birds are significantly larger than their pet and aviary counterparts. (show budgies) Show budgies are normally a lot bigger and more aggressive than the normal budgies.

Ordinary budgerigars will breed well when housed as a group, but their exhibition counterparts are usually separated in breeding cages, where the parentage of the chicks can be guaranteed.

The common types of budgies include: 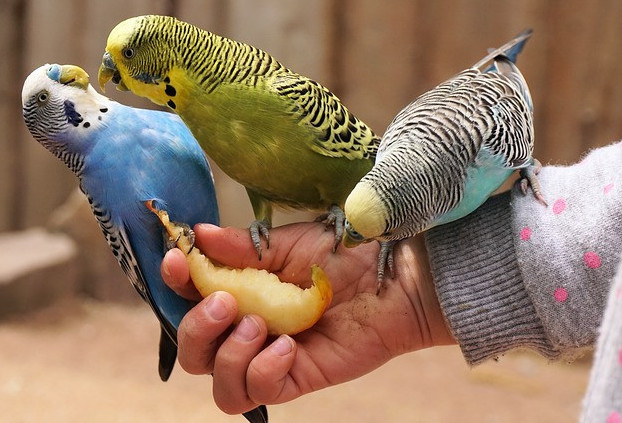 Choosing A Budgie As A Pet

When choosing a budgie look at the age of the bird rather than the color. Both the cocks and the hens will talk, but the hens often make slightly harsher tones than the males. Hens are more destructive than the cocks, especially when it is breeding season as they like to nibble on everything. They also do not need mates to lay eggs, but if she does lay, do not remove the eggs as it will just encourage her to lay more.

Males tend to do things like regurgitate their food onto a favored toy or mirror during breeding season, so if this happens remove the object for two to three weeks or they can become malnourished.

It is quite difficult to sex young budgies before the age of 12 weeks old. The cere of the hen is always brown and the cock is generally blue, although for the lutino, albino and recessive pied varieties the cere remains purple.

The younger the bird, the more bars they will have on the top of their head. That is why young budgies are described as ‘barheads.’ There may also be a dark tip to the upper bill in chicks that have recently fledged. It is impossible to age budgies once they have molted into adult plumage, unless they were fitted with rings engraved with the year in which they hatched.

Most young budgerigars are instinctively tame, and by placing your hand parallel with the perch, it won’t be too difficult to persuade a fledgling to step onto your outstretched finger.

Hope this has helped to explain the different types of budgies one can get. Please feel free to comment below if you have any questions.