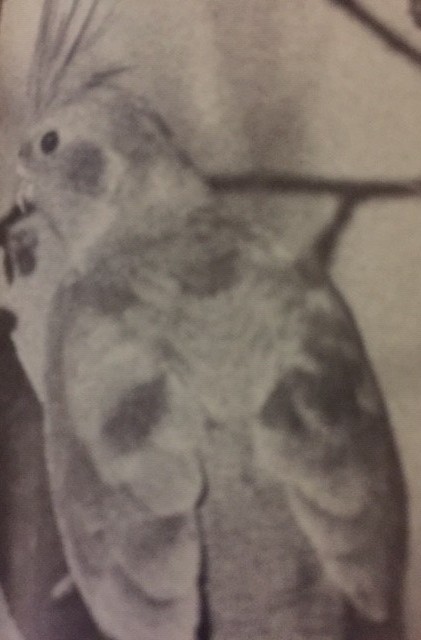 Cinnamon cockatiels are also known as Isabelle cockatiels. Some people even call them a cinnamon pearl cockatiel.

Mr. van Otterdijk discovered in 1968 that a Belgium bird fancier had been breeding cinnamon cockatiels for a long time.

The cinnamon cockatiel is another common cockatiel mutation and like the lutino, is always inherited in a sex-linked manner.

Cinnamon cockatiels are not seen in the wild because they are a strain bred by breeders.

Cinnamon is called Isabelle in the European countries other than Britain.

Melanin is still produced but the granules produced are brown, not black, and may be slightly smaller than the granules in the normal black form of the cockatiel.

The cinnamon cockatiels are thus a much warmer looking color if you compare them to the normal greys.

The cinnamon melanin, because it does not absorb so much light, gives the feathers a pale, brownish-grey color.

if the yellow background is intense, then the cinnamon cockatiel is a most beautiful pale foxy-brown.

With a light yellow background to the feathers, the bird is a very pale coffee-with-milk color.

As we have seen before, adult male cinnamon cockatiels acquire more melanin than hens or youngsters and therefore the darkest shades of cinnamon are seen in the adult male.

There is however considerable variation, probably because genes affecting the intensity of the grey exist in cockatiels.

Certain exceptional birds are said to be almost as light as lutinos in pigmentation, whereas others are but a few shades lighter than the usual grey birds.

Nowadays cinnamon cockatiels are easier to acquire than they used to be as they have been widely bred worldwide.