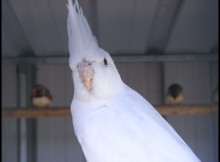 Tiel Mutations – It’s All In The Color 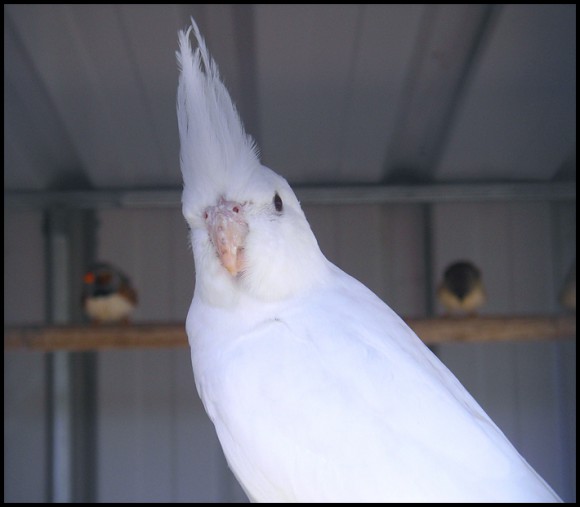 There are many different tiel mutations, varieties, or cockatiel mutations. These include normal, cinnamon, white-faced, Lutino, Albino, dominant silver, and Pearl among others.

Some breeders specialize in breeding and trying to get new and exciting color mixes and mutations. Cockatiels of different colors are normally used, but cockatiels have never been successfully bred with other bird species.

The growing popularity of cockatiels in the sixties was due to the development of all the experimental colors. There is no record of a color mutation in a cockatiel ever occurring in the wild. This art was developed by breeders of the bird.

This is the natural form of the cockatiel and is the most common variety.

This mutation was established in Belgium in the late 1960s. Cinnamons can vary widely in their shade of color and the adult cocks tend to be darker. The legs and eyes are lighter than that of the normal grey cockatiel. Cinnamon cockatiels have a warm brownish tinge to their plumage.

The dominant silver is the most recent of the tiel mutations and emerged from the UK.

The first one recorded was seen in a pet shop in 1979 by a keen breeder.

When he traced the parents, he discovered that the cock had died, so he paired the young cock back to its mother, which produced three more silver offspring in 1980.

They were all cocks, but by careful inbreeding and outcrossing, the mutation was successfully developed.

The fallow cockatiel made its first appearance in Florida in 1971. Fallows have red eyes and a grayish yellow body coloration that distinguishes them from cinnamons. The depth of color does vary and the cocks are darker.

The lutino is the most popular cockatiel mutation. The lutino originated in 1958 with a Florida breeder. 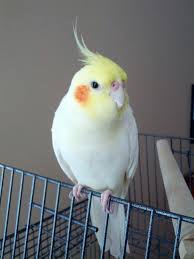 The early lutino’s sold for a fortune, but nowadays they are almost as common as the greys.

Lutino’s often used to be referred to as albino, until the true albino emerged, which was pure white with no yellow coloration. A genetic flaw associated with the lutino is a bald patch on the top of its head. Do not pair these together, or the bald patch will become widespread among your breeding cockatiels.

The pearl cockatiel was first bred in 1967 in West Germany.

These tiel mutations have white markings on their backs and wings and various patterns. Some have more white than others. Some of them look like they have lace on their backs.

Pieds are the oldest of cockatiel mutations. They were being bred in California as long ago as 1949.

These cockatiels have a mixture of dark and light feathers. The variations are endless here, with the lighter mutations being the most attractive. 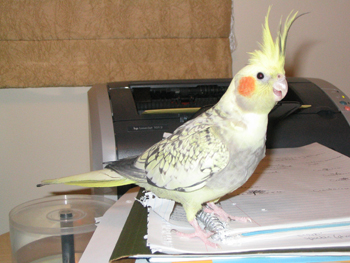 Get more information about the breeding of cockatiels here.