The first stage in breeding birds successfully is to obtain a male and female bird that are compatible with each other. In this article, I will look at sexing your birds for breeding purposes.

How To Sex Your Birds For Breeding 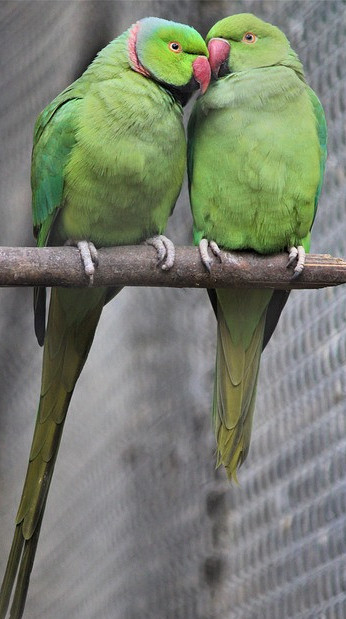 In some cases sexing and pairing your birds is easy. Budgerigars for example where there is a clear visual means of separating the sexes. One easy way of telling us is that the males have a blue cere while the female’s cere is pink or brownish once they are fully grown. In some cases, the color isn’t clear, but this is rare.

In other bird species, sexing and pairing your birds can be much more tricky.

When it comes to finches such as nuns, breeders will often obtain a group of four or six individuals in the hope of ensuring that they have at least one pair.

How to determine the gender of birds when there is no visual distinction between the sexes is often a problem for bird breeders.

A popular method from the Victorian era is the pelvic bone test. Pelvic bones can be felt just above the vent and are more widely spaced in hens just prior to the laying period. Unfortunately, while this method is very effective, it is only reliable at certain times of the year and when the hen is in a breeding condition.

There are other behavioral signs that can help to determine the sex of the bird.

Cocks tend to sing more and display to their mates, while hens are likely to be searching for nesting material and spending longer in their chosen nest site.

In the 1980s some bird keepers concentrated on attempting to find ways of sexing large birds like parrots. Many parrots behave like a pair by feeding and preening each other, but they could still be of the same sex.

Surgical sexing, which entails inserting an instrument called an endoscope through the body wall to view the sex organs directly, was also favored at first.

It is still useful, but because of the slight risk involved in using an anesthetic, this method has fallen out of favor.

DNA sexing is now the preferred method, mainly because it can be used on birds of any age, thus allowing chicks to be paired successfully, whereas endoscopic sexing requires the bird to be mature for reliable results.

A blood sample can be obtained by plucking a suitable feather, which is then dispatched to the laboratory by courier. There is no need to take the bird to a veterinary surgery for this procedure; it can be done at home.

Unfortunately, it is not just a matter of having a male and a female for breeding success, particularly in the case of larger parrots.

Compatibility (just like us humans) is a vital factor. This is why proven pairs are more expensive than sexed pairs.

By watching the birds closely, you may be able to see if they are compatible, interacting in a friendly way by perching close together and following each other around the aviary.

Even so, especially if the parrots have been together for a long time, their behavior can often be misleading. Behaviour is much more significant in the case of a group-housed together, where there is a choice of partners available, but matching a pair here can still be a matter of trial and error. 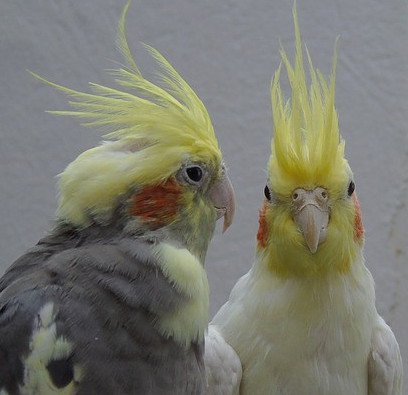 Mutual preening, feeding, and even attempts at mating do not necessarily signify a true pair.

If both birds spend long periods of time in the nest box, but no eggs are laid, then the likelihood is that the supposed pair is actually comprised of two cock birds. Also if a large number of eggs are laid which end up being infertile, then you probably have two hens.

The difficulty of distinguishing pairs in the case of finches is less significant, generally because they can be housed together and allowed to pair off on their own.

As the time for the nesting period approaches, so more obvious behavioral signs, such as the song of the cock bird will enable you to separate the sexes more easily. If the birds can be caught with minimal disturbance, this is a good time to ring the singing cocks with celluloid rings so that you will be able to identify them easily throughout the year ahead.

Don’t attempt to enter the aviary to catch and ring birds if it is well into the breeding season and there are other birds already breeding, as the disturbance might make them frightened and they may abandon the nests in their distress.

For more information on breeding cockatiels, you can read this.