In this post let’s look at the Male Cockatiel.

It is pretty simple to tell the difference between a female cockatiel and a male cockatiel, especially if they are normal grey cockatiels. The mutations are slightly more complicated. 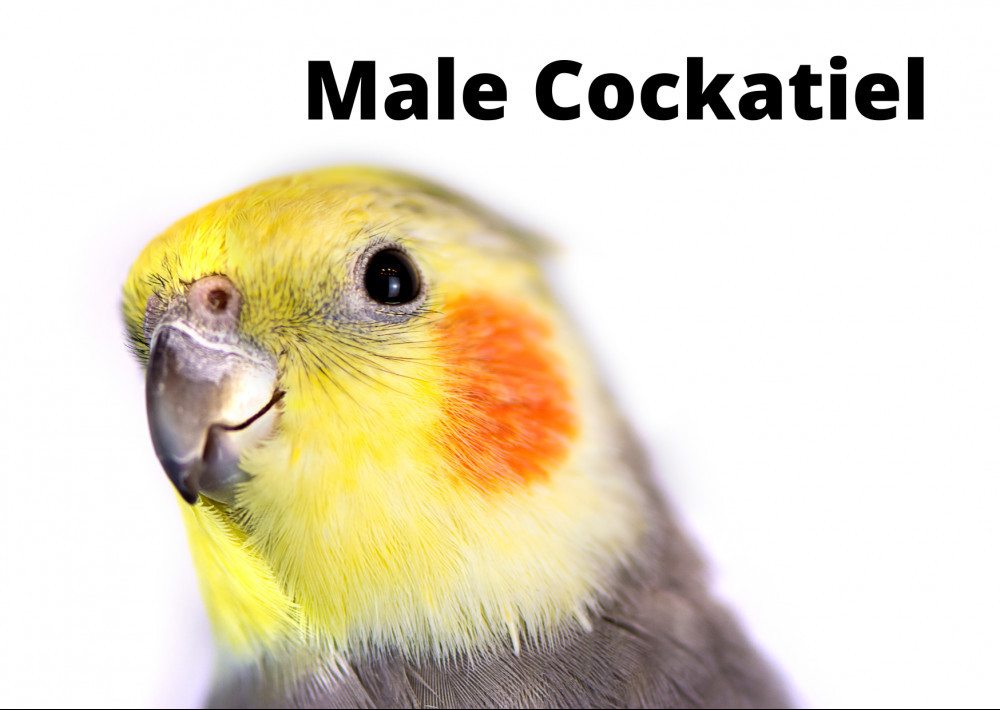 As you can see from the picture above, the male cockatiel has a bright yellow head and bright orange cheeks. The female is decidedly more dull or muted in color.

In the video below you will see other differences.

How To Tell If It Is A Male Cockatiel

Unfortunately with birds under a year old it is sometimes difficult to see exactly what sex they are. The only way to tell for definite is to get a vet to do a DNA test. Both the males and females make wonderful pets in their own way, but obviously if you want to breed you may want to be sure with a DNA test.

In my lifetime I have often bought the wrong sex, as they are normally sold young and it is guess work for the store owner in most cases. I always try to get a male and a female but invariably end up with two of the same sex. Luckily cockatiels don’t like to fight, and they may not particularly like each other, but they rarely get aggressive if there are two of the same sex in a cage.

In general the male cockatiel is:

Which ever sex you pick, your cockatiel is going to make an excellent pet and companion either way.