If you are planning on buying a cockatiel, you will do well to read this first. Here are the things to look for when buying your cockatiel, and how to buy a cockatiel the right way.

Reasons To Buy A Cockatiel

Most people that buy a cockatiel want it to be a pet, and want the bird to be tame. They would also prefer that the bird learn to talk.  If this is the case you will need to buy a male cockatiel, as the females don’t talk.

If you are buying to breed, make sure that you follow the advice at the bottom of this article.

Have you ever wondered how cockatiels came to be tame in the first place? 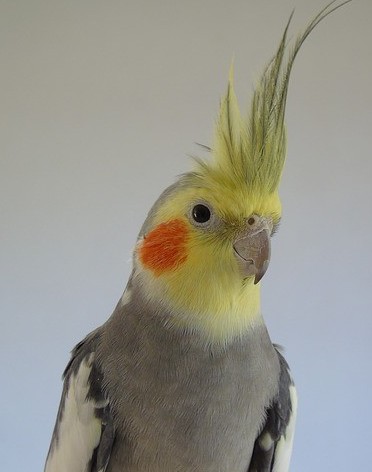 Tame birds date right back to when Christopher Columbus brought Amazon Parrots to Spain from the New World.

They were obtained already tamed by the Indians. In fact, Brazilian Indians keep pet parrots and macaws to this day and treasure the feathers that are shed as ornamentation for themselves.

When Did Parrots First Start To Talk?

The first written account that Parrots could imitate human speech comes from the ancient Greeks who, after Alexander, The Great’s conquests, obtained parrots from India.

At the time parrots were very rare and later became almost mythical birds until Roman explorers, during the reign of the emperor Nero, discovered that Africa also had parrots.

The trade of importing and training parrots to speak went on for hundreds of years, but no attempt seems to have been made by the Romans to breed them.

It is said that Romans valued them so highly as pets that they were kept in cages made of tortoise shell and ivory with silver wires.

Once the Roman Empire fell into decay, it was not until the fifteenth century, the discovery of America and the exploration of the sea rout to the Far East and beyond, that parrots once more became known to the civilized world.

Despite the ever increasing trade between distant regions of the globe, parrots never really became available for any except the rich or those fortunate enough to have sailor relatives.

Once Australian parrots were discovered, two species of these, the budgerigar and the cockatiel were quite unlike parrots from elsewhere, as they bred freely in captivity.

Because they no longer had to be imported by ship, they became readily available at affordable prices everywhere.

Nevertheless, it took a surprisingly long time before the budgerigar ousted the canary as a caged pet.

By the 1930’s the budgerigar was beginning to become very well known as a talking bird, and there are now at least 40 budgerigar pets to every one canary.

How To Get A Tame Bird

It is widely believed that the only way to get a completely fearless and tame parrot is to take it from the nest and hand-rear it.

This should not really be necessary as just as equally tame pets can be made from youngsters that have been reared by their parents, provided they are taken just after they have become self-sufficient.

For all birds, the first few weeks after they leave the nest is very important, as this is when they learn how to adapt to their environment. They are most mentally pliable here too and it is in these few days that birds can be tamed, taught to sample different foods and to pay attention to the sounds that they will later imitate.

Unfortunately once this brief period is over, further adaptions become increasingly difficult and perhaps even impossible to accept.

It is natural for a young cockatiel to move away from non-bird like animals. There are many instances where a perfectly tame, hand-reared young cockatiel has been put into an aviary and left to its own devices and within a couple of weeks it has become just as wild or even wilder than it would have been were it naturally reared.

But if tame birds are kept in human company for several months then the tameness that they have will not usually dessert them, even if they are then left very much alone.

How To Buy A Cockatiel

If you have never had a cockatiel before, here are some words of advice when it comes to how to buy a cockatiel.

If you want the cockatiel as a tame pet, it is necessary that it be taken into the household when very young, otherwise it can be very difficult to completely tame it if it is left in an aviary with the other birds.

Although some mature birds may lose their wildness, there is only a very remote possibility that they will ever learn to talk.

Wild birds never appear to be completely relaxed when confined to an occupied room, so you as the buyer must insist on a youngster.

If you have the choice, then the ideal youngster to get would be one that is already completely or partly tamed by either hand rearing or by been taken into human contact early in its life.

You can pick out these tame cockatiels as they seem unconcerned performing natural functions like preening and eating when watched from close range.

Careful not to confuse sick birds with tame birds when you buy a cockatiel. The lethargy of a sick bird is soon resumed after a disturbance and the bird looks like it wants to sleep with its feathers fluffed out around itself for extra warmth.

Slight noises will alert healthy birds from their sleep, but the ill are less demonstrative.  If the sick bird does feed, it is done very half heartedly, and it won’t groom itself.

When it comes to how to buy a cockatiel, remember never to buy a bird that has the underside of the tail moist or caked with wet droppings and avoid any that have a discharge from the nostrils or the eyes.

Infectious disease luckily is quiet rare in cockatiels unless they have psittacosis, in which case it could be transferred to humans.

Just to be safe when it comes to how to buy a cockatiel, keep your new bird separate from your other birds for a few days if you have others. 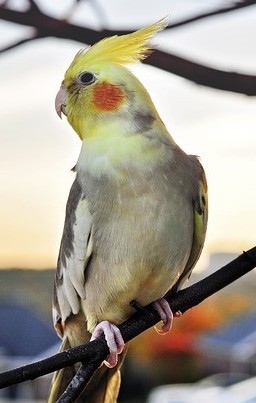 Unfortunately, it is difficult to see the exact age of the bird, so the word of your vendor will have to be taken.  This is especially true of the Lutino’(yellow cockatiel), as there is no known positive way for distinguishing adult hens from youngsters.

With the other color mutations, the skin surrounding the nostrils (the cere) is pink in fledglings and darkens to the adult grey-black in a few months. The cere of a Latino is always pink irrespective of its age.  The feathers on normal cockatiels are much darker in mature adults than in youngsters and this may also provide you with clues to the bird’s age.

Before buying your cockatiel allow yourself sufficient time to examine the bird in good light. First look at it in the cage, then have it caught and feel its chest.  A healthy bird moves with no trace of a limp, has some weight on it and the chest is firm and broad.

When you bring the bird home, re-examine it carefully after it has had a little while to settle down. If it looks like it is sick in any way contact the supplier of the bird straight away. If you wait several days, you may not be able to replace the bird, as after a time all responsibility on their part ends.

Fortunately in most cases, if the bird seems ill on getting home, it is mostly dejection, which is the slight shock resulting in its capture and transportation, but this should be fully gone after a day or so.

Another good tip on how to buy a cockatiel is that if buying a cockatiel make sure you do it early in the day so that the bird gets time to get used to its new surroundings before nightfall, and this will prove far less damaging to its nervous system.

If the bird only arrives at dusk, it will be better to leave it in the nesting box for the night before transferring him to his new surroundings.  They need time to find their food, water, and a perch to roost on for the night.

Now you know how to buy a cockatiel. Enjoy your new pet!