Let’s look at how to introduce new birds in aviaries that are already in existence and full of other birds.

Moving a bird to a new environment, particularly if there is a long journey involved, is likely to be stressful. Reducing the stress should mean that birds will settle down with minimal problems, so in order to introduce new birds in aviaries, preparation is super important.

Make sure you have everything organized before the bird arrives so that you can simply transfer it to its new quarters. 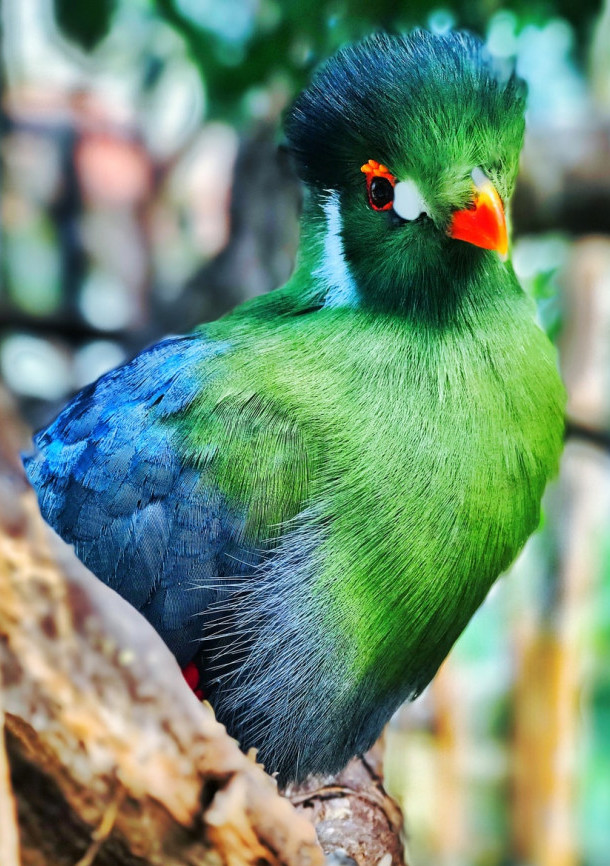 Hand-reared birds can have more digestive issues than most, which means it’s important to maintain them on their usual diet. Make any changes gradually after a couple of weeks or so.

It’s crucial to keep all types of birds healthy and happy by not changing their diet too much.

The same applies to softbills and nectar-feeding birds because they’re particularly prone to potentially fatal digestive upsets if their diet is suddenly changed.

You can keep your bird healthy in the critical early days after acquiring it by giving them electrolyte and probiotic products. An electrolyte will help to restore their body’s fluid balance, following a period when they may not have been eating or drinking normally.

Probiotic food contains beneficial bacteria, like those in live yogurt, which will colonize the gut and stabilize its acidity, assist in the digestive process, and making it much harder for potentially harmful microbes to gain access to the body via this route.

The best way to make sure that your collection is disease-free and happy after welcoming new birds in aviaries, it’s important not to let them come into contact with the other birds.

Releasing a newly arrived bird straight into an existing collection also increases the stress on that bird because it may be bullied by others. This, in turn, will increase the risk of it falling ill.

If you’re considering a new addition to your bird collection, it’s important that you wait at least three weeks before adding them. During these few weeks they can be tested and of course, this will help establish their state of health!

Fecal samples provide a simple means of determining whether the bird is suffering from intestinal roundworms, which can be problematic in Australian parakeets. Tapeworms may be present in ground-dwelling species that hunt invertebrates.

The tests for these are not expensive and these can save you from introducing these parasites into the aviary, where they will be much harder if not impossible, to eliminate. You would have to de-worm the birds regularly and often in order to ensure they remained healthy.

You should keep your new birds in the shelter for a few days after you move them to an outside aviary.

They will then return there to feed without fear in the future, and hopefully will roost there as well, particularly if the perches are positioned at a slightly higher level than in the flight.

When it comes to breeding, it can take some parrots several years to settle down to nesting, while Australian parakeets are likely to breed the following year. Certain birds may even nest soon after a move, this is most likely with domesticated finches.

Try to avoid introducing new birds into an aviary during the breeding season, because the likelihood of fighting breaking out is dramatically increased.

A parrot that has been in someone’s home will take time to adjust to new surroundings, particularly if it is an older bird. Breeding pairs may also be shy.

Australian parakeets have a reputation for being very nervous when they are first moved to new surroundings. It may be a good idea to let them settle in the shelter at first.

If introducing a new lovebird, beware as these small parrots can be very aggressive and it is unwise to introduce a new individual into an established group.

Adding birds to an existing collection rather than introducing a pair to an aviary on their own can be a difficult process at any time of the year, and it is especially problematic during the breeding season. It is usually better to wait until this period has passed because otherwise the newcomer will be harassed. A hen for example may be bullied by a would-be partner in its enthusiasm to breed.

Australian parakeets, pheasants, quails, pigeons, and doves rank among the worst offenders in this respect. Even though pigeons and doves are often seen as symbols of peace, they are actually aggressive by nature, particularly when a new individual is added to the group.

At other times, the intrusion of another bird or pair into an existing flock should be monitored carefully for signs of aggression from any of the established birds.

It could be that introducing a bird of similar coloration, albeit of a different species, may lead to displays of aggression.

Blue-capped waxbills for example will often react aggressively towards red-cheeked cordon bleus for this reason. 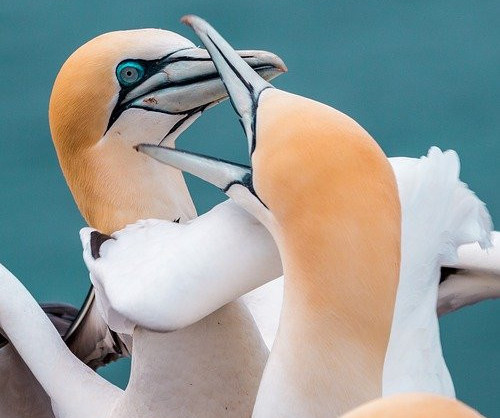 In the case of birds that are likely to be aggressive, it is better to remove the established individual from the aviary first for a few days, assuming that alternative accommodation is available.

This is especially important if you are intending to introduce a hen to the aviary, as she is likely to be harried relentlessly by the cock, especially if acquired during the breeding season.

Taking out the cock bird, and replacing both cock and hen at the same time, will reduce the risk of conflict, particularly if the flight is planted with plenty of retreats available.

Offer a choice of feeding locations to prevent the cock bird from monopolizing one area and preventing the hen from being able to feed.

Within an established colony, it is equally hazardous to introduce a male newcomer if the breeding season is underway. You will need to wait until the end of this period when they are less territorial and other changes happen within their flock.

Again, when you do introduce the newcomer, make sure there is plenty of vegetation, and a choice of feeding stations to ensure that all the birds have access to food.

Finches are the least aggressive and parrots prove to be most hostile. The flock structure of a parrot is rigidly enforced against intruders, which can lead them to become violent when threatened.

Adding a different species, such as a pair of diamond doves, to an aviary of finches is unlikely to result in conflict.

Again it is important not to do this when the birds are nesting because the change in environment could cause a nervous pair to abandon their eggs.

The best time to add new bird stock to the aviary is after the end of the breeding period when established birds will be molting.

The greatest selection of stock is available for sale at this time, as many breeders try and reduce their bird collections at the end of the breeding period.

Dealers too may have sales, but beware of buying recently imported birdes at this time of year, as it will be too late to acclimatize them to an outside aviary, and they will need to be housed in heated winter-time quarters until the following spring.

If you intend to overwinter your existing birds under these conditions, you can introduce the newcomers during this period, if you are certain that they are healthy.

This will give the group time to settle down before being released into their breeding quarters in the spring.

If you have any more ideas or questions about introducing new birds in aviaries, please comment below.