If you ask me what are cockatiels, I will tell you they are the most friendly and loving little birds on the planet with the most placid natures. Let’s look at cockatiels in some more depth and rediscover why they are one of the most popular parrot species on the planet to keep as a pet. 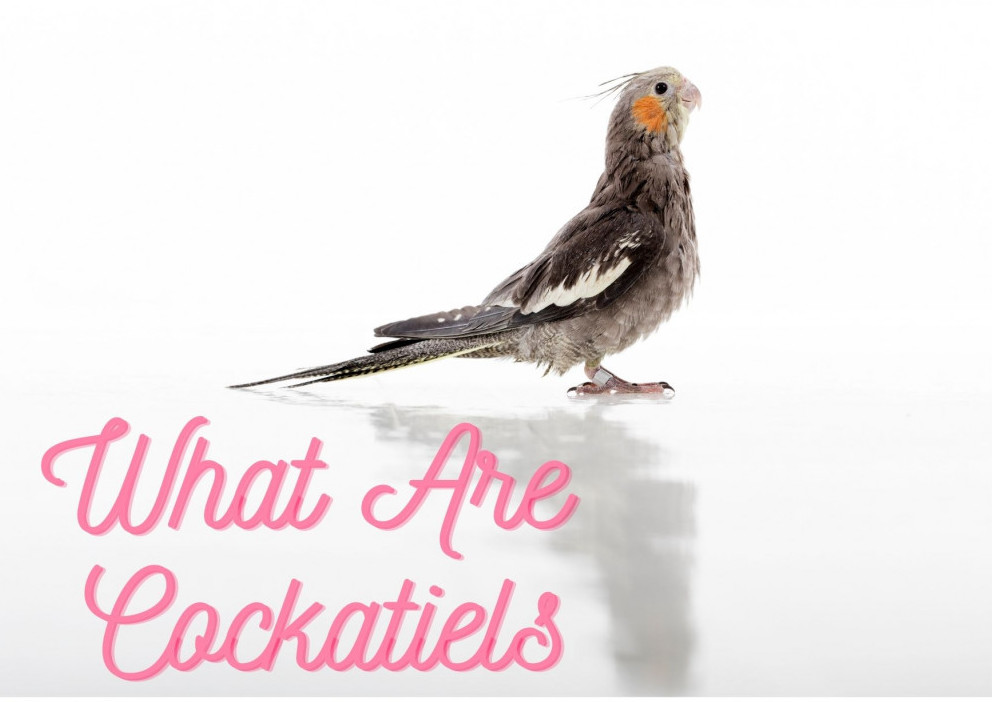 What Are Cockatiels Exactly?

Nymphicus Hollandicus are more commonly known to us as Cockatiels.

With their crests, and in their breeding behavior, cockatiels resemble cockatoos, but they also have a number of characteristics that are more typically associated with Australian Parakeets.

For many years the cockatiel was overshadowed by the budgerigar, who is its better known Australian relative, but during the 20th century the cockatiel achieved worldwide popularity in its own right, thanks particularly to the emergence of color mutations.

Cockatiels are easy to care for. Feed them on a mixture of budgerigar seed, sunflower and safflower seeds, some groats and some hemp. If you are using only seed, add a supplement to combat Vitamin A deficiency which can contribute to chick mortality in the nest. You can also offer green food, apples and other soft foods regularly, especially if they are breeding.

Cockatiels have a very gentle nature and can be kept with finches, quails, doves and non-aggressive softbills, although their size in a small flight can be a bit upsetting to very small birds.

You can also keep cockatiels in a colony, but the breeding results are better when housed in individual pairs. Both parents share incubation and brooding duties. As they grow older you will hear the chicks hiss in the nest when they are disturbed. Pairs should be restricted to rearing two broods in a season.

Remove the nest box in autumn or they may attempt to breed right through the winter.

The original grey form of the cockatiel is easy to recognize as it is mostly grey with white patches on its wings. The cocks have prominent yellow areas on the sides of their faces with circular orange patches that look like cheeks. The hens are less distinctive as their facial plumage is greyer, but you can still see the cheeks in a duller shade of orange. They have yellow barred tail feathers underneath their tails. 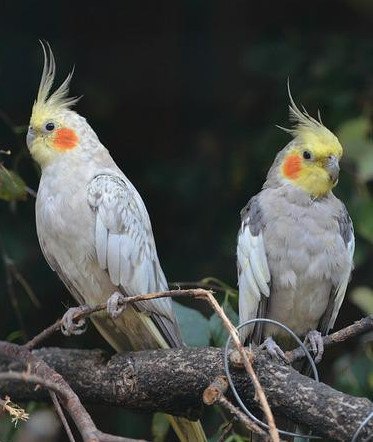 Cockatiels are popular as both pets and aviary birds. If you are looking at a pet, it is better to start out with a very young bird or hand reared chick. Recently fledged chicks resemble hens although it is possible to identify them by the pinkish tinge to the cere above the bill. Young birds tail feathers are shorter than adults.

Young cockatiels can be nervous to start with, but they settle down quickly and will become very tame. Most people prefer cock birds as pets because of their attractive whistling calls and the fact that they can talk, but only a DNA test can make certain of the cockatiels sex if he or she is under three months of age.

Cockatiels live well into their teens and some have been known to live into their late twenties in exceptional cases.

Cockatiels have a similar history of domestication to the budgerigar from the 1840s onward. It was only a century later that the first mutation – the pied – became established.

The pied cockatiel have variable areas of light and dark plumage, and the pattern of distribution is random and highly individual. Those that have extensive solid areas of color are often described as lightly variegated.

During the late 1950s the first Lutino mutation emerged in Florida. The Lutino is a striking pale lemon shade all over, with orange cheek patches. Sexing these birds is harder than sexing the greys, as the barring under the hens tail feathers is not clearly defined against the white background.

With the Lutino mutation, feather plucking is sometimes a problem.

Another highly attractive cockatiel mutation is the cinnamon, as the grey plumage is now brownish. The cocks are a darker shade of brown than the hens, and the mutation is sex-linked in its mode of inheritance like the Lutino.

The Pearl mutation started in Germany where the centers of the feathers have lost pigment and are paler than the edges. In cock birds, this feature tends to become obscured with maturity.

The emergence of the white-faced mutation was particularly significant. All the yellow and orange pigmentation is missing from the feathering. As a result, cocks can be distinguished by their pure white heads and the hens heads are grayish withe. By combining this mutation and the Lutino, it has been possible to create the Albino, which is pure white with reddish eyes.

With so many mutations and varieties, it is not surprising that there is growing interest in exhibiting cockatiels especially in North America, where the judging standards are well-established.

I hope that I have answered the question what are cockatiels exactly for you in this article.