There are seven different types of Pionus parrots, and they are widely distributed across many parts of Central and South America.

Different types of Pionus Parrots are not especially well-known in bird-keeping circles, but they are bred regularly in small numbers and are a much better proposition, both as pets and as aviary occupants than their larger relatives, Amazon Parrots.

Pionus parrots (their generic and common name is the same) are quieter by nature and they are less temperamental once they mature. They can start breeding between the ages of three to five years old and the average clutch sizes are 3 to 4 eggs at a time.

Nevertheless, if you are seeking a pet, it is vital to obtain a hand-reared youngster, because adults, unused to human contact, can be very shy, and difficult to train, even in aviary surroundings.

When taken care of properly, these parrots can live up to about 30 years.

Most Popular Types Of Pionus Parrots 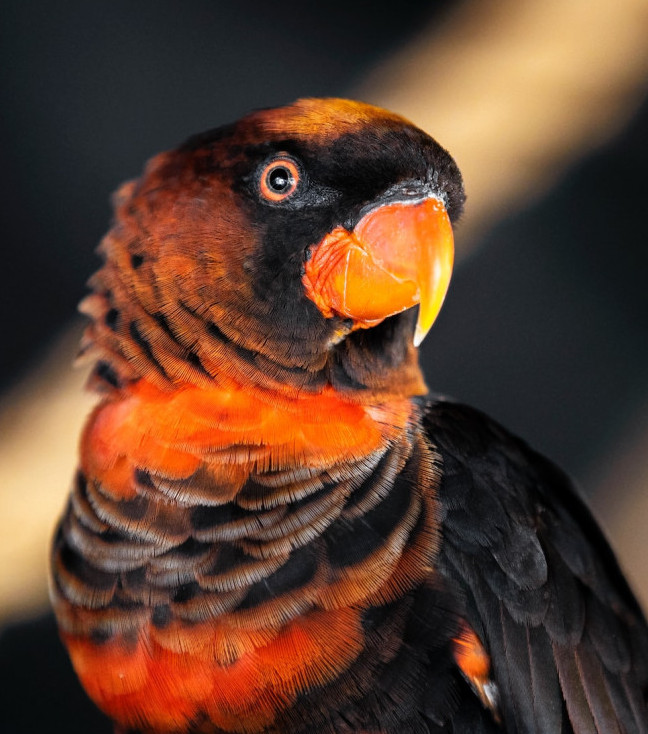 The coloration of Pionus parrots is unusual and there can be considerable individual variation.

The light plays a part, seemingly drab plumage is transformed by sunlight, with shimmering shades appearing that had previously been invisible

The perfect example of this phenomenon is the Dusky parrot (Pionus fuscus). In sunlight, hues of brown, pink, blue, violet, and red are all apparent, with flecks of white feathering on the head.

When purchasing one of these, especially an adult bird, take time to watch them in their cage before reaching any decision.

Notice if the bird is perching with sleek plumage and is alert. If not, these are signs that something could be wrong, especially if coupled with any indication of weight loss over the breastbone.

Also, they can wheeze rather dramatically when handled and it can be difficult to determine whether this is just because they are distressed by being caught, or whether they are suffering from the chronic fungal disease aspergillosis, of which wheezing is a symptom.

Pionus parrots will benefit from a secluded aviary, and interference should be kept to a minimum when a pair do decide to breed, otherwise, these parrots may neglect or even attack their chicks. These birds are 24cm in length and the hens lay three or four eggs, which hatch after 26 days or so. The young birds fledge when they are about 10 weeks of age. 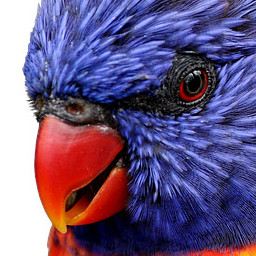 The blue-headed parrot (P. menstruus) has the most fantastic range of the group, extending from Costa Rica as far south as Bolivia.

It is also the most commonly encountered of the Pionus parrots in bird-keeping circles.

It is probably thanks to the rich deep-blue plumage covering the entire head. The ear covers are black. The blue becomes reddish where it merges with the green coloration that predominates over the rest of the body.

These parrots are about 28cm in length and they cannot be sexed visually.

They incubate their eggs for 26 days and they normally lay 3 –  5 eggs. The fledging period is 70 days.

The bronze-winged parrot (P. chalcopterus) has dark blue underparts, and isolated pinkish feathers under the throat, often extending onto the head. The bill is a pale shade of yellow.

As these parrots come into breeding condition, the pink skin around their eyes darkens in color. This area is yellow in young birds, which also have brownish feathering on their underparts.

These birds are 28cm in length and they incubate their eggs for 26 days. They fledge at 70 days and the clutch size is 3 – 4 eggs.

On the whole, Pionus parrots have a kind and affectionate nature, so you won’t be disappointed if you get one as a pet. They are generally low maintenance and because they are not too noisy, they make great pets for apartment dwellers and fist time bird owners. However, they still can produce a high-pitched squeaking sound that may annoy people who are sensitive to noise.

Pionus parrot owners generally describe them as curious, friendly, and easily trainable. They are also less likely to bite, but it is always best to supervise children around these birds.