If you are wondering how to tell the gender of a parrot, listen to this really strange experience I had last week.

I have a ‘male’ bare-eyed cockatoo named Casper. I have had him for about 13 years and got him when he was six months old from the pet shop. I was told at the pet shop that he was a male bird as he talked well, was extremely clever and bonded well with women. He also had dark eyes which was also a so-called good indicator that he was male. 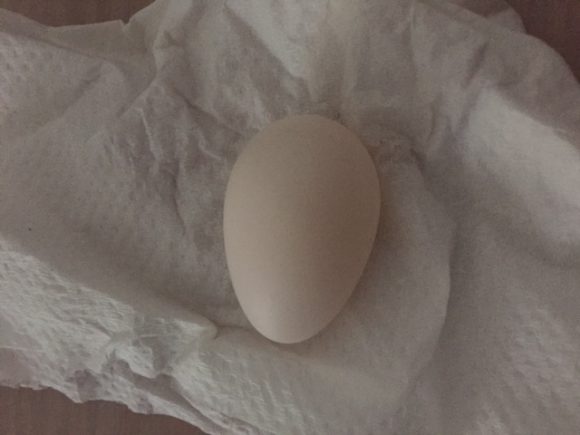 All these years I have believed Casper to be a boy until he laid an egg last week.  I almost fell on my back.

Then this morning I found another egg at the bottom of the cage, so my boy that I thought was a boy all these years is suddenly a girl. It is a very strange feeling.

Casper or now should I call her Casperina has been acting rather strangely in the last while. She has been ripping up the bottom of her cage and turning all the newspaper into tiny shreds of paper. I guess I should have guessed she was trying to make a nest.

Now I feel rather sorry for her as she seems really broody but I don’t know anybody who has a male bare-eyed cockatoo to keep her company.

So Now How To Tell The Gender Of A Parrot

So if they don’t lay an egg like mine did, how will you know? In most cases, it is not necessary to know, but if you want to breed with the birds you will need to be sure, as it is expensive to buy the wrong bird.

In most cases, the only sure way to tell is to take the parrot to avian vet where he can do a DNA test to check the birds’ gender.

Other than that here are some other tell tail signs: