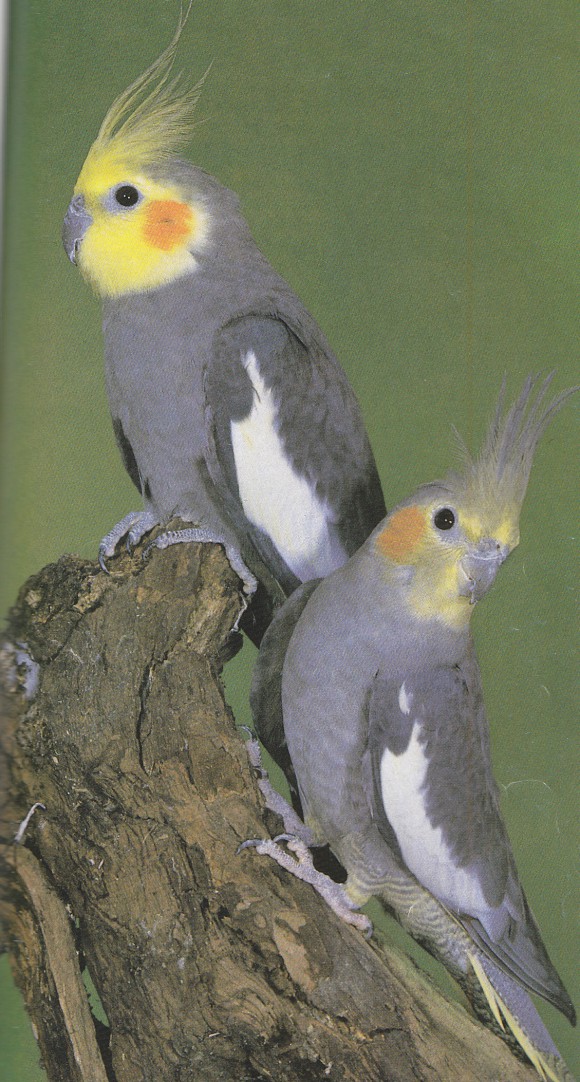 If you want to try breed cockatiels, it’s easy as long as the breeding pair are satisfied with their nesting arrangements and each other.

Male cockatiels will the court all year round, so it is possible to breed cockatiels at any time of year.

It is also possible for hens to breed more than once a year. Fortune obviously favors breeding in summer. A good breeding pair will be able to produce up to six young in a coupling.

A cockatiels success as a parent gets better with age and experience. This is why breeders often mate older cockatiels to younger cockatiels. Cockatiels can breed successfully from about six months old to well into their twenties.

Most times breeding cockatiels will run smoothly, but there are some breeding problems you could encounter.

Cockatiels are known to form strong bonds with their mates, and these bonds often last until the death of one of the cockatiels. This is why it is good to introduce a breeding pair a few months before you plan to breed with them to enable them to get accustomed to each other.

Most cockatiels will refuse to breed unless they have a nesting box. In the wild cockatiels use holes in trees.

If you would like to try mating breed cockatiels of different colors, then you can see cockatiel genetics here.

A well-constructed wooden box with a hole in it will be more than suitable for your cockatiels. Boxes must have sealed joints to protect against drafts, and the wood must be quite thick for insulation. The drilled hole and a perch should be towards the top of the box. The inside of the breeding box must be large enough to accommodate both parents and young cockatiels without crowding them too much.

Cockatiels never build a nest with nesting material, but rather lay their eggs on the floor of the wooden box. Only a handful of sawdust is needed, which can be scattered to absorb moisture and droppings.

As the chicks grow a small amount of clean course sawdust can be added to the nesting box, without disturbing the cockatiel family too much.

The breeding males have a cry that they use to attract their partners. They are quite persistent and may have some weird and wonderful calls, which the females are unable to do.

If the hen is ready for mating she will flatten herself and take her wings slightly away from her body. Mating usually takes place several times a day during the breeding season.

Both cockatiels will be equally involved in the incubation period, especially towards the end when the eggs begin to hatch. In most cases, the male will incubate during the day and the female at night as is the case with the majority of pigeons and doves.

When the chicks hatch, they will be helpless for the first ten days. The skin of chicks is usually so transparent that the internal organs can be seen.

A newly hatched chick will need to be kept warm by their parents because it will not be able to regulate its own body temperature. The chicks eyes will be just tiny slits at first before they will slowly open and begin to focus on the world into which they have been born.