I am sure some of you are curious to know more about how does ovulation work in cockatiels, and in this article, we will look at this as well as problems that some female cockatiels have with ovulation and the breeding process.

How Does Ovulation Work

Before we look at how does ovulation work, lets look at some of the most common problems that the cockatiel hens face when breeding.

From time to time you may find you have a cockatiel hen that appears to be unable to ovulate. They begin the usual nesting process, but they spend day after day sitting in the nest but never actually lay an egg. 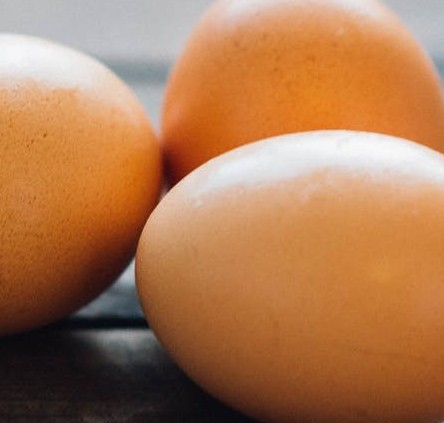 If and when they eventually lay an egg, it normally won’t hatch.

If one of these birds is given eggs that have been abandoned by another cockatiel, they will normally raise the resulting chicks as their own.

Sometimes these hens are just a little young in the first place and after raising foster chicks, the problem will normally clear itself up on its own.

The opposite sometimes also happens when a hen continues to produce egg after egg without ever finishing her clutch. Frequently such a hen does not brood. A cockatiel cannot physically cover so many eggs so most would not even hatch.

If this condition is not resolved, it often leads to the death of the hen as she has a constant drain on her body system as she lays too many eggs.

Try marking the first six eggs laid and they can be left in the nest. The ones laid after should be removed and stored or fostered. Then if the hen does become broody she can be set on fresh eggs.

If you notice your hen looking unwell, sitting with fluffed up plumage and seems to have diarrhea which pastes the feathers of her vent with sticky whiteness, she could have peritonitis and this is incurable. 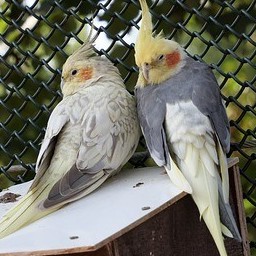 This happens mainly with hens that are too young or are diseased.

If the hen lacks vitamin D or hasn’t had enough calcium-rich food during or before laying, she will be unable to deposit calcium carbonate to make the normal eggshell.

The hen will then either lay a soft-shelled egg or if the calcium salts in the blood become depleted, show symptoms known as egg binding.

Egg Binding means that the egg is stopped in its passage down the oviduct, as the oviduct becomes paralyzed when the levels of blood calcium fall, so the egg can move no farther.

The egg bound hen becomes increasingly shocked and leaves her nest, becomes indifferent to disturbance and sits huddles in a sleeping posture. She will normally die if not treated in time.

The normal standard of treating egg binding is warmth. This works by reducing the effects of shock.

Putting liquid paraffin or other oils into one end of the bird or the other as some believe is good, will make the bird more ill, even if it does not have that bad an effect. The oil cannot possibly get into the oviduct where it is supposed to lubricate the egg and send it moving once again.

Egg binding is something that shouldn’t happen, as it is preventable, however, should it happen a one-milliliter injection of 30% calcium borogluconate giving under the skin of the neck and then spread by massage will usually be effective within about a half hour.

Calcium can only get transported about the body with sufficient levels of vitamin D. Therefore even if such things as cuttlebone are fed and the hen has a shortage of this vitamin, she will not be able to absorb enough calcium for her requirements.

In summer it is better to breed as the bird can normally make enough vitamin D for itself, but in the colder regions, birds will need a vitamin D supplement before attempting breeding.

To understand the afflictions of some of these hens, it is necessary to find out exactly how does ovulation work and how exactly the egg is formed.

Obviously, with certain exceptions, most hens have a single ovary and oviduct situated in the left side of the abdomen.

About the time that the hen first starts to accept the attention of the male cockatiel, her ovary begins to enlarge with developing ovarian ‘yolks.’  The ovum of a bird when compared to that of a mammal, is relatively huge and we all recognize it as the yolk of the egg.

Within the ovary of the hen cockatiel, each yolk of the intended clutch is already present, but each will be at a different stage of development just before she starts laying. 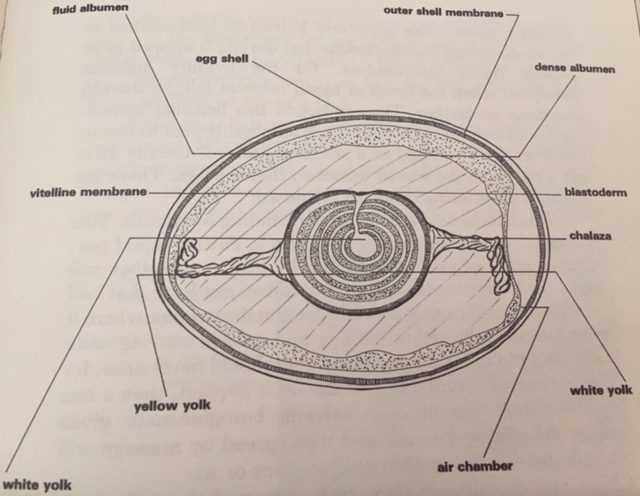 The yolk of the egg is particularly rich in fat. If a hen is short of rich food, perhaps because she has to share her meals with the parasites in her intestines, or because she has an inadequate diet, then she will only grow a few yolks or perhaps none at all.

Now let’s look at how does ovulation work.

Two days before she lays her first egg, a mature ovum is shed from the ovary and is immediately fertilized by the sperm stored in the oviduct.

Most of the matings that take place between the cockatiels are sterile for there is no exchange of semen. But the proportion of the fertile matings rapidly increases toward the time of egg-laying so that the female comes to have sperm always present in her oviduct.

The sperm of parrots, once inside the oviduct are long-lived in comparison to other mammals. If the male is taken away, the hen cockatiel would very likely be able to lay fully fertile eggs for about a week. In some cases, it would take more than a month before the hen would be unable to lay any more fertile eggs.

The fertilized egg now travels down the oviduct where it has first secreted about it an elastic twisted structure called a ‘chalaza’ of thicker egg white or albumen.

The chalaza supports the yolk inside the egg so that the developing chick, located as it is upon the very top of the yolk, is always upward, at the warmest point of incubation just under the body of the hen.

No matter how the egg is turned, it will always float to the top.

The egg white is then added to surround and embed the chalaza and finally a membrane.  The very last part of the oviduct contains the shell glands which deposit calcium carbonate (chalk) in a layer around the shell membrane to form the eggshell.

The egg is then laid. Just before laying another yolk enters the oviduct to start on the same journey.

Hope this how does ovulation work in cockatiels article was helpful. Please feel free to comment below if you have anything else to add.