Parrot illnesses is not a nice subject, especially when our little friends get sick and there is nothing we can do to save them, but knowing a little about what to expect when your feathered friend does become ill will help you to deal better with the illness.

Most viruses that parrots are affected by are unfortunately fatal, as shown by studies throughout avian medicinal history.

Although there are many parrot illnesses, I have chosen some of the more common illnesses amongst the parrot family to discuss in this post. 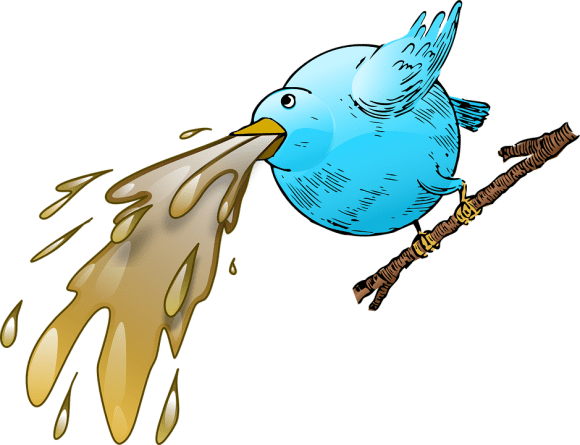 Pacheco Parrot disease (PPD) is very contagious and causes more deaths among birds than any other avian disease.

PPD is caused by a herpes virus, which occurs naturally in South America. The incubation period is 5 to 14 days and death usually occurs without any apparent symptom of illness. Death is due to rapid and severe liver damage. In some cases, a brilliant yellow to green diarrhea and vomiting are seen as symptoms.

There are very few known and definite cures for this disease and, since birds that fall victim to it often succumb fairly quickly, treatment is not usually effective.

Nonetheless, the treatment generally favored is the oral administration of an antiviral drug called Acyclovir every eight hours.

Acyclovir is expensive and birds don’t take to it easily as it is very bitter.

Sadly, we cannot help our feathered friends out of this parrot illness. It is one of those tricky things in life that come unnoticed and usually results in death.

Wasting disease is one of those parrot illnesses that is prevalent among Parrots of all breeds and is highly contagious.

Studies on Parrots have shown the severe impact of the wasting disease on the nervous system. The same is extended to all of the major organs triggering seizures, paralysis and tremors, and, more often than not, heart attacks.

There is no known medication available for Wasting Disease, but changing the food patterns of the Parrots by including easily digestible diet supplements may prolong the life of the bird. The name itself suggests the final outcome.

However, close attention and unconditional love for your Parrot will surely prolong its stay in your world.

If your parrot has this illness, it will show abnormal growth of new feathers. The new shafts look swollen and gnarled.

Parrots have beaks that are black and shiny. This disease makes their beaks dusty and dull with feather dust instead of shiny like they should be. Although dust bunches are not formed in young Parrots, the older ones usually get them. In the absence of tufts, the possibility of Beak and Feather Syndrome increases.

Another common symptom is the abnormal growth of the beak. Some Parrots may have long beaks that eventually break off. At its progressive stage, this disease can cause paralysis and eventual death.

Recent medical tests show positive results in diagnosing this disease even in carriers, which eventually spread to younger lots. A Parrot is susceptible to such infection when it is young and is more likely to succumb than its older family members. It has been observed that older Parrots are usually unaffected by this disease.

It is therefore believed that it is one of those parrot illnesses contracted only by younger Parrots. However, there is no scientific proof supporting this belief.

There is no cure for this disease and it eventually leads to either death or in the case of adult birds, they become carriers and infect other birds.

There are two unkind methods of dealing with Parrots that have contracted this disease. Infected birds are either isolated or destroyed. This action may be termed “mercy killing”. However, many birds have been known to fight off the infection and emerge infection-free. After repeated tests, it has been observed that some birds develop a natural immunity and go on to live normal lives without any signs of illness or the ability to pass on the disease. 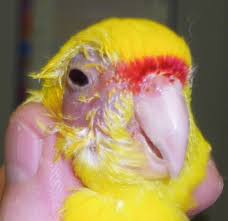 Improved sanitation and breeding techniques over time have produced healthier birds. These birds don’t ever develop overt diseases if exposed to Polyoma Virus.

This disease, like most diseases, helps your bird to develop natural immunity against the particular germ. This explains why only young birds contract it and not the adults.

The disease caused by the Polyoma Virus is surrounded by myths. However, what is seldom said is that the birds that die suddenly are nestlings, or, more rarely, fledglings. By the time they have fledged and developed into young birds suitable to leave the aviary, they are no longer at risk.

Cases, where an adult bird develops this disease, are rare. This would normally happen in a bird that is already immuno-suppressed.

A proper vaccination would save so many baby Parrots. However, nothing definite has been found as yet, although some very promising facts and results have come to light.

A bird that is Polyoma positive can be kept in a household which doesn’t maintain any other birds.

Don’t allow people who have recently visited pet stores to enter your house. I know this can be difficult but try and explain to them. If they love Parrots as much as you do, they will understand. This is because pet stores are Poly risk areas and further contamination may prove fatal.

Papilloma causes a growth in the vent area or sometimes in the mouth or throat of the infected bird. This may appear somewhat like a common wart and can actually be treated in a similar fashion.

This isn’t a fatal virus but it can cause death by blocking the throat or vent areas. This can cause choking as the air passage gets narrower as the wart increases in size. This can also cause other physiological problems for the bird.

Laser surgery can easily remove such growths. Removal of the infected area is the best treatment for birds in such cases.

Molting is stressful for your Parrot. When new feathers begin to appear, many birds feel uncomfortable and, at times, get irritable and less active.

New feathers have a waxy, protective, keratin cuticle that the bird removes when preening. During the regrowth of feathers, birds spend a lot of time preening and act as if they are “itchy”. Owing to the discomfort, Parrots tend to preen their feathers. That is why white chunks of the keratin cuticle become visible on their bodies which are often mistaken for dandruff.

During the molting period, it is important to reduce stress. Good nutrition and vitamin supplements are essential. Frequent baths and adequate rest are also helpful. If the bird causes damage to the feathers or skin, then get your Parrot checked by the vet as soon as possible.

A Runny Nose or Nasal Discharge

The most common of all nasal discharges is due to the laxity of Vitamin-A in the diet of the Parrots. This deficiency can be corrected by increasing the food quantities that are rich in vitamins and mineral contents. Remember, a proportionate amount of all the nutrients in the diet is the fundamental practice that prevents health problems in Parrots. You can also use antibiotic nasal drops under a vet’s supervision to clear the nasal passage when Parrots have a runny nose.

Remember, a proportionate amount of all the nutrients in the diet is the fundamental practice that prevents parrot illnesses. You can also use antibiotic nasal drops under a vet’s supervision to clear the nasal passage when Parrots have a runny nose.

You can find out more about what is Psittacosis here. This is the one serious bird disease that can be transmitted to humans.

This eye disease, of unknown etiology, is seen in some Parrot species. It is common among Parrots which are imported from Central America with the Amazons. It causes a temporary disruption to the surface of the cornea of the eye resulting in blinking and watering of the eyes.

In most cases, keratitis subsides without any treatment. However, a low percentage of the birds will develop a sinusitis along with the eye lesions.

For complete recovery, these birds require antibiotic treatment to minimize the infection caused by the secondary bacteria.

There are many other parrot illnesses, but I have picked out the most common and deadly ones.

Here are some more tips on keeping your cockatiel healthy.