Let’s look at incubation for birds for those of you who are interesting in breeding birds. What is incubation exactly? Incubation is defined as the process of a bird sitting on the egg or eggs to provide them with the optimal temperature to facilitate the embryonic growth within the egg. As nearly all the major development of the young bird happens outside the female body and within the confines of the egg, keeping the eggs warm is critical for making this growth happen. Embryos require temperatures ranging from 100 to 112 degrees F to stay warm enough for the chick to grow. 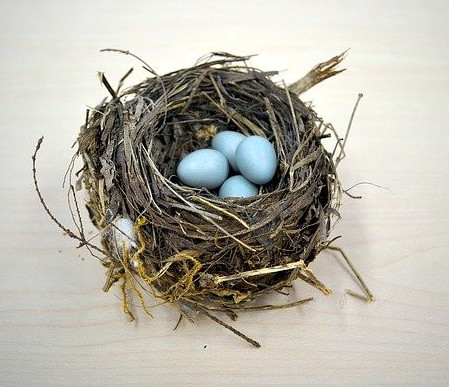 Assuming all is going according to plan, the eggs should be laid on a daily basis. Parrots however normally lay an egg every second day.

The hen will not incubate her eggs as soon as she has laid them and it is quite normal for two to three eggs to be laid before she starts to incubate them (sit on them) in earnest.

This is also done so that the chicks hatch at roughly the same time, thus improving their chances of survival because there will be no age gap between the chicks and they will all be the same size and have an equal chance of survival.

Canary breeders have capitalized on this by removing eggs in sequence as they are laid and replacing them with dummy eggs until the fourth morning, when the final egg of the clutch is due to be laid.

When assissing the likely date of hatching, based on the incubation period, bear this in mind: The incubation period of the first eggs laid in a clutch is likely to be extended accordingly. The number of eggs laid in a clutch varies quite widely, ranging from one or two, in the case of pigeons and doves, through to a dozen or more, in the case of phesants and quails.

There may be greater variability in some species than others. Bugerigars for example lay anything from two to eight or more eggs in a clutch. In many species, such as canaries, the hen sits alone, but in others, such as the cockatiels and most cockatoos, incubation dutis are synchronized between the cock and the hen.

Normally the cock birds will sit for much of the day, with the hen taking over in the late aftrnoon and remaining on the nest through the night until the following day.

An animal’s gestation period is the length of time an embryo needs to fully develop. Birds have a simple form of reproduction, explains San Francisco State University. Unlike mammals, a bird’s embryo growth occurs outside of the mother’s womb. However, the egg membrane offers nourishment for the embryo during its development.

Birds produce amniotic eggs, which means that the shell is hard, unlike reptiles where the shell is soft. This hard shell prevents the embryo from drying out. Surrounding the embryo is the amnion, a chamber filled with amniotic fluid. The embryo disposes of wastes through the allantois, the part of the egg that connects the amnion to the albumin, or the “white of the egg.” The yolk sac nourishes the embryo during gestation; as the embryo grows, the yolk sac shrinks.

Well hope you found this article on incubation for birds of interest. To find out more about breeding your cockatiels, click here.