When it comes to all the different types of bird seed on the market, it can be quite confusing as to which is the best food or seed type for your pet bird.

Pet cockatiels rank amongst the easiest birds to feed, as they will subsist mainly on seed. Although it is recommended that a wide selection of greenstuff also be provided for them. I am sure you would also get bored eating the same thing day in and day out?

Let us take a look at all that is available in regards to the different types of bird seed that you can feed your birds.

Now more than ever before, the nutritional needs of pet birds are better understood and it is easier than ever to feed them well.

Seed mixes are widely available from pet stores, as well as an interesting assortment of foods that supply essential carbohydrates, fats and proteins as well as all the vitamins and minerals that your pet birds need to stay healthy. Pellets are one of the latest developments in the bird food industry.

However, not all birds take to complete diets like pellets straight away and much depends on their backgrounds. Hand-reared parrots are more likely to sample unfamiliar foods than birds that have been fed on seed for most of their lives.

In the end, better pet bird nutrition will result in better breeding, especially in the case of the parrot species. It is not a coincidence that those birds adapted to feed and breed on fairly meager rations, such as the budgerigar and other Australian species, were the first to reproduce readily in captivity.

Today, however, almost any parrot can be expected to breed in suitable surroundings, if provided with a varied and nutritious diet. 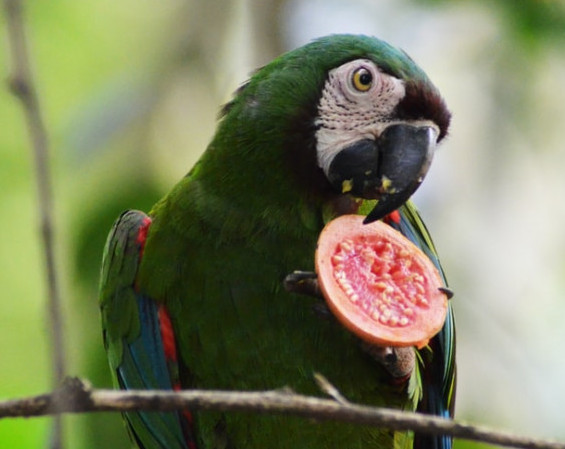 If you are looking at making your own nutritious bird food, you might enjoy reading this article.

Parrots and finches are generally known as seed-eaters as this distinguishes them from softbills that are not fed a lot of seed.

There are basically two different types of seeds – oil seeds and then the cereal type seeds. 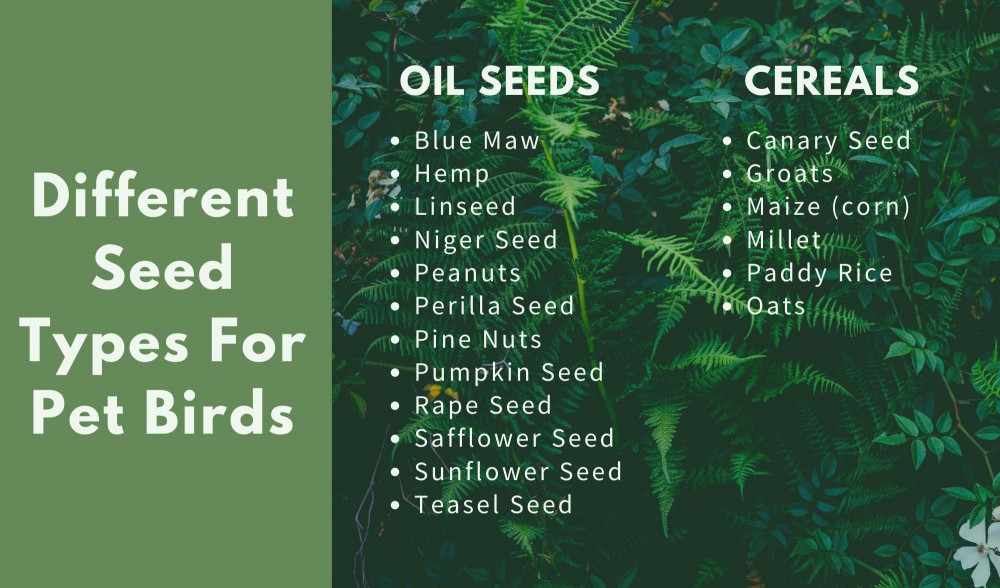 There are many types of sunflower seed like the white sunflower seed which is better as it has a lower oil content than the black seeds. It is not worth paying more for larger sunflower seeds, as the kernel within is no larger than in the small seeds, so you are paying for the extra weight.

Peanuts are another oil seed included in most parrot mixes. They can be purchased in their flaky shells as ground nuts, but this works out more expensive as you are paying for the weight of the casing.

Beware as peanuts can also prove dangerous as the harmful Aspergillus mold can be detected only by testing and for this reason, it is important to buy peanuts from reputable suppliers who can guarantee the quality of their seed. The effects of the toxins produced by this fungus are not immediately apparent, and they can result in long term liver damage in your parrot.

Not all the seeds in the mixes that you buy are grown commercially. Some are still gathered from the wild, like pine nuts. So always check the nuts carefully for signs of any obvious fungal contamination which can give rise to a bluish growth which is harmful to birds.

Smaller oil seeds like red rape are an important ingredient in canary food. There are other types of rape seeds like black rape or German rubsen rape which is believed to enhance a canary’s singing abilities.

Hemp is probably the most popular seed with canaries themselves and they will frequently scatter the contents of their food container to seek it out.

Hemp is a round darkish seed and is also included in parrot seed mixes but should be used sparingly as it has a high oil content and can alter the appearance of some birds giving rise to the phenomenon described as acquired melanism. This causes lighter colored areas of the plumage such as the red chest of a bullfinch to turn black. Luckily the effect only lasts until the next molt assuming that the bird’s diet is corrected by then. 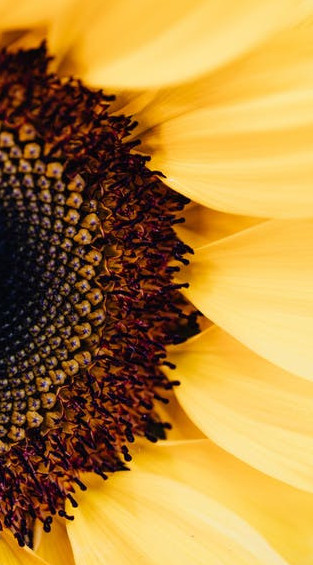 There are a few other varieties of oil seeds that are used in bird food and sometimes in larger amounts at certain times of the year.

Niger which is a long black seed is considered valuable to protect against egg binding and is fed primarily before the start of the canary breeding season.

Teasel seed is more expensive but is also highly sought after by breeders as a rearing food for canaries and similar small birds.

Once the chicks are ready to be weaned, blue maw is often sprinkled on top of their soft food to encourage them to start eating seed on their own as its small size is ideal for this purpose.

New seeds are regularly added to the list of those used as bird food.

Perilla has become quite popular over recent years as a tonic seed and is used when birds are molting or recuperating from an illness.

Plain canary seed is widely grown as bird food in many countries. It is a relatively small, light-brownish seed with a dark covering to the kernel inside, and is oval in shape with pointed ends. Aside from making up the bulk of canary seed mixes, it is also used in bugerigar seed blends. It is also included in finch diets.

Millet is another major cereal seed used in bird food for a wide range of species.

There are many distinctive forms of millet available and these are sold on the basis of their colors, for example red, yellow and pearl white millets.

The most popular variety tends to be panicum, which is sold in seedhead form as millet sprays.

Millet is a valuable chick rearing food and it is often soaked before being given to chicks. The larger and harder millets like the pearl white millet are mostly suitable for budgerigars, cockatiels, and parakeets, rather than small finches who won’t be able to crack the seed.

Grouts, which are the dehulled form of oats are sometimes added to seed mixtures, as well as being used by budgerigar breeders to feed the breeding stock. Groats can be fattening, however, particularly for birds housed in breeding cages, and the amount offered should be restricted accordingly.

Most parrot mixtures contain very little in the way of cereal seeds, but they may have kibbled maize (corn). Whole maize is a very hard seed once it has been dried and only the largest parrots have bills strong enough to crack it.

Flaked maize, which looks a bit like cornflakes, is included in some mixes, as smaller parrots can eat this form.

Click here for some great choices of different types of bird seed that you can purchase online.