Here is some cockatiel history for you on how the cockatiel got his name?
Experts are still trying to answer that question.  Was it just a smaller cockatoo?

Cockatiel History – This Is How The Legend Goes

The original cockatiel – gray, a “Normal”, is one of the 431 unique native Australian birds, first described in the late 1700’s.

A romantic scientist named Wagler wasn’t far from wrong in naming their one-of-a-kind Nymph(icus) in 1832, after a mythical order of beautiful maidens who lived in the woods, meadows, rivers and mountains and trees and who served a higher level goddess. The classified name eventually became Nymphicus hollandicus, of the Cacatuidae (Cockatoo) family (before chromosome testing), the Nymphicinae subfamily, Nymphicus genus.

The name was simplified from a more complicated Latin classification to Hollanicus by Surgeon Dr. Robert Keff of Edinburgh, Scotland, a student of natural history, in 1792. The cockatiel has been recognized by those in the past as the “Beautiful Maiden of New Holland.” Cockatiels then got their own species name, Hollandicus. 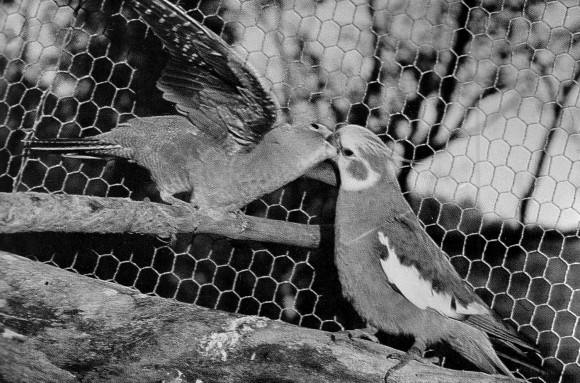 The scientific name went through several changes and variations before a naturalist named Wagler settled on its present form in 1832.  The name translates literally into ‘goddess of New Holland,’ which is the name Australia was known by in the 1700’s and 1800’s.

John Gould (1804-1881) was an English ornithologist and taxidermist who went to Australia in 1838 when it was used as an English prison colony and cataloged the many species of birds there.

Later, with his wife’s drawings of the birds, he published “Birds of Australia” in England at the age of 36 following his success with collections of Himalayan and European birds published in his late 20s.

He called the cockatiel which Australians called “Quarrion birds”, the “cockatoo parrot”, and probably brought a few of them to England in 1840. Having compared cockatoo and cockatiel chromosomes, cytogeneticist Marc Valentine told a bird convention audience that if the cockatiel is related to the cockatoo, it “must be extremely distant” because their chromosomes are “totally different”.

The first cockatiels were exported to Europe in the late 1830’s.  Color mutations began to develop in the 1950’s.

For a time they were even classified with Australian parakeets. First captive bred in Europe in 1845, by 1864 the birds were known as pets in England. An importer of exotic animals is credited with giving it the name of cockatiel, a Dutch word kakatielje, borrowed from the Portuguese cacatilho meaning “little cockatoo”. The Portuguese called the cockatiel Cocatilho, which means small parrot.

In Australia, cockatiels are still found in the island’s open treed and grassy plains where the temperature averages between 60 an 80 degrees year round and in areas much less populated than the coastal areas. Large nomadic flocks can be found on the main continent, especially in the eastern and southeastern states, but below the really hot zone and above the cold and damp region.

I hope I have provided an accurate account of cockatiel history. For some more interesting facts, click here.

Please comment below if you have anything further to add.