Let’s look at different types of parasites in birds, what to look out for and how to treat them.

This article may contain affiliate links, which means that I will get a commission if you decide to purchase anything on this page, at no extra cost to you the buyer.

The most common health problems that are encountered by bird keepers come from parasitic ailments and for this reason, it is important that you screen newly acquired stock before adding them to your existing bird collection. 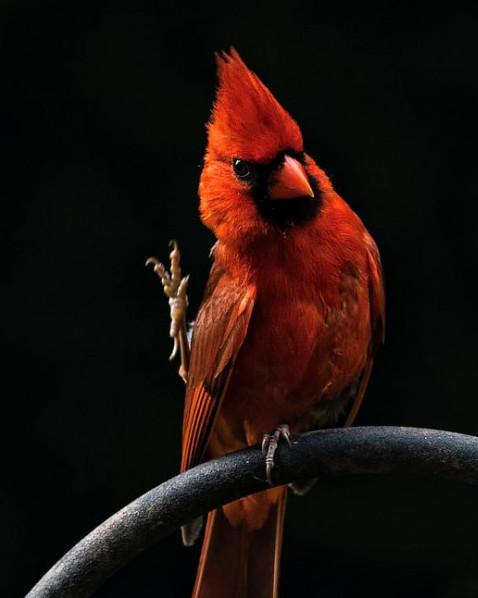 Parasites multiply very quickly in favorable conditions, while their small size and inconspicuous nature mean their presence can be easily overlooked until they are posing a serious health risk.

Young birds are the most vulnerable.

Parasites in birds can be sub-divided into two categories – external and internal.

Lice and mites are the most commonly encountered external parasites in aviary stock.

Red mites (Dermanyssus Gallinae) are relatively common and have an unusual life cycle that makes them difficult to eliminate, particularly once they become established in an aviary.

These mites spend only part of their time on the hosts, emerging under the cover of darkness to suck the blood out of the birds.

Then, like little vampires they retreat into their hiding places, which could be cracks in the corners of cages or other nooks and crannies.

Red mites present a particular hazard during the breeding season because they live in nest boxes and nesting pans, sucking the blood of adult birds and chicks, which gives them their characteristic coloration.

They can live for months without feeding, so they can survive from one breeding season to the next, with their numbers growing even more rapidly during the next year.

Severe infestations can cause anemia in the chicks, stunting their growth, and may even prove fatal for them.

In addition, red mites are capable of transmitting microscopic blood parasites when they feed, which are also very harmful.

The other mite to watch out for is the scaly-face mite (Knemidocoptes), which is most commonly seen in budgerigars, although some other birds, notably kakarikis, are vulnerable to it as well. It spreads readily from bird to bird by direct contact, and may also be picked up off the perches as the bird wipes its bill.

The earliest signs of scaly face are tiny snail-like tracks across the upper bill, with more obvious crusty swellings developing around the side of the bill, the cere, and sometimes elsewhere on the body as well.

In canaries, the legs are often attacked by scaly-face mites, causing them to have a crusty and unhealthy appearance.

Treatment is straightforward, although it will be necessary to remove all the affected birds from the aviary until they have recovered. It is also a good idea to scrub off or replace the perches, to contain the spread of the mites.

Traditional proprietary remedies to be applied to the affected areas are available from pet stores.

Petroleum jelly can be equally effective, blocking off the breathing tubes of the mites.

An application of ivermectin, in drop form to the skin at the back of the neck from where it is absorbed into the body, can kill these mites very efficiently. The best part is only one rather than regular applications will be needed, but make sure to check with your avian vet before administering this sort of treatment. The correct dosage is critical for the birds’ safety. 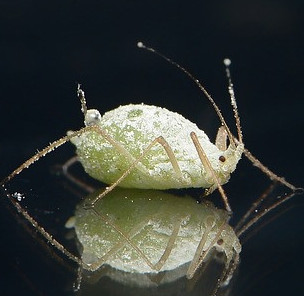 Lice, visible as thin dark streaks, often on the wings, represent far less of a problem than mites. They spend their whole life cycle on their host and are spread by close contact in a nest or roosting site.

Treatment just as for the red mites will kill these parasites. Untreated, they may result in tatty, frayed feathering, and affected individuals will preen themselves far more than usual.

Pigeon’s, doves, and budgerigars are especially vulnerable to the effects of Trichomonas Protozoa.

These multiply in the crop causing it to swell with gas, thus preventing the bird from eating properly.

Affected birds will spend longer than usual at their seed and appear to eat it. On close inspection, you will see that the seed has not been swallowed, only dehusked. Dark pieces of canary seed in the food dish are a tell-tail sign.

Treatment consists of emptying the crop gently by holding the bird upside down and milking the gas out, massaging the crop in the direction of the head. Specific medication to treat trichomoniasis can be obtained from a vet.

The infestation can spread quite quickly through a colony of birds before the signs become apparent. Young chicks are vulnerable soon after fledging and they lose weight rapidly and fade away.

It is a good idea to treat all the birds in an aviary when a case of trichomoniasis occurs because there are almost certainly others carrying the infection, and further outbreaks are very likely. Aside from treatment, thorough disinfection of the bird’s surroundings will be needed to avoid reinfection.

Worms pose a serious health problem, and preventative treatment prior to releasing the birds into aviary surroundings is recommended. If the parasites become established in the environment, it will be almost impossible to eliminate them successfully.

Roundworms are like small white earthworms in appearance, as opposed to tapeworms, which have a flattened body shape. Both release thousands of eggs into the bird’s quarters, and after a few days, roundworm eggs will represent a hazard to birds that come into contact with them, whereas tapeworm eggs must be eaten by an invertebrate first.

So always remember that when it comes to parasites in birds, prevention is always better than cure.